No Matter Where You Live, A Medical Device & Dangerous Drug Lawyer Can Help You Recover From Your Injury 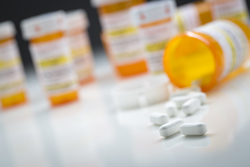 When you are injured by a medical device or a medication you were prescribed, you may not know what to do first. You may quickly be reaching the limits of your insurance to cover your hospital costs, be unable to work due to complications of your injury, or have even lost a member of your family due to a product that was supposed to help him or her. Unfortunately, companies release dangerous products onto the market every day, many of which can cause lifelong or fatal injuries—but that does not mean patients must suffer the effects alone.

A single defective drug or medical device can cause injuries to thousands or even millions of people, all of whom have a right to get compensation for their suffering. At Lattof & Lattof, we accept dangerous drug and medical devices cases from every U.S. state, allowing patients to get justice no matter where they live or where the injury occurred. Contact Mobile AL injury office to tell us the details of your case in your free consultation and find out what we can do to help.

We have represented a number of victims who were injured by dangerous drugs and medical products, including:

We Fight for Justice for Injury Victims Across the U.S.

The makers of medical devices and medications know how much is at stake if they lose an injury case. They may be ordered to pay all of a patient’s medical bills and lost wages, be forced to pay enormous punitive damages, and suffer a tarnished reputation that can cost the company millions. As a result, companies fight hard to avoid liability, hiring teams of expensive attorneys and gathering as much evidence as they can to defeat a claim. This is why it is crucial to have a dangerous drug lawyer on your side.

In a world where patients are up against corporations with endless resources, our attorneys provide a balance of power. If you have been hurt or have lost a loved one due to a dangerous drug or medical device, we can explain your options to you and help you move forward, and we charge no fees unless we make a recovery in your case. Give us a call today at (800) 239-2612 or fill out the quick contact form on this page to begin your free consultation.