When a Teen Driver Causes an Alabama Car Accident

Getting a driver’s license for the first time can bring new opportunities and responsibilities for teens. But for those who share the road, it can also create risks. Those aged 16-19 years old are at a higher risk for being involved in a motor vehicle accident than any other age group, and car accidents are the leading cause of death for teenagers in the U.S. These dangers aren’t only specific to teens, however. These accidents often involve other, older drivers and their passengers, too. To address these concerns, many states, including Alabama, have implemented specific rules for teen drivers. 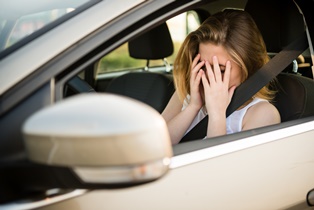 Teen drivers in Alabama must go through the process of a graduated license before they are able to be fully independent behind the wheel. This involves licensing in three stages:

Teen drivers who commit violations when holding a learner’s permit or restricted license are subject to an extension of the graduated license period or suspension of the license.

The Dangers Associated With Teenaged Drivers

While many teens are ready to get behind the wheel and behave responsibly, there are certain risks that are commonly associated with teenage drivers. These include:

Liability When a Teen Driver Causes a Crash in Alabama

A car crash caused by a teen is typically handled the same as if an adult is behind the wheel. Liability for the crash is proven just as in any other accident, through:

Typically, when a teen is held accountable, he’s issued a citation or loses his license status. In some severe situations, the parents of the teen could be liable. If parents are aware that their teen is an unfit or reckless driver but allow him to continue to drive, they might be at least partly responsible.

Obtaining Damages After an Accident With a Teen Driver

All Alabama drivers, including teens, are required to carry auto insurance to provide compensation when accidents occur.  This compensation can cover damages, including:

If a teen driver has caused your accident and injuries, you may be eligible to file a claim. Our Mobile car accident attorneys can help you understand your rights and obtain the maximum amount of compensation possible. Call our office today, or take a moment to fill out the contact form on this page to learn more about who we are and how we may be able to help.