Continued Use and Abuse of Opioids to Treat Pain

What is the Opioid Crisis? 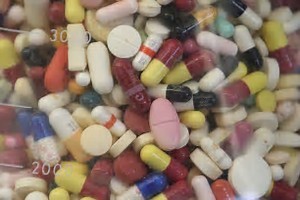 Opioids are opium based drugs that act on the nervous system to relieve pain. Continued use and abuse can lead to physical dependence and withdrawal symptoms. Some of the better known prescription opioids include Morphine, Codeine, Oxycontin, Percodan, Percocet, Vicodin and Dilaudid. Illegal opioids include Heroin and Opium. According to the National Institute on Drug Abuse, “Every day, more than 90 Americans die after overdosing on opioids. The misuse of and addiction to opioids—including prescription pain relievers, heroin, and synthetic opioids such as fentanyl—is a serious national crisis that affects public health as well as social and economic welfare.”

The Economic Burden of the Opioid Crisis on Government Entities

It has been estimated by the Centers for Disease Control and Prevention that the “economic burden” of the opioid crisis in the United States is $78.5 billion per year. Much of this burden falls upon government entities such as cities, counties and states in the form of costs related to public healthcare, treatment facilities, additional EMT training, first responder costs, law enforcement, criminal justice system costs and prison/jail expenses.

Dozens of government agencies seeking reimbursement for expenses incurred in dealing with the opioid crisis have begun pursuing claims against the distributors and manufacturers of opioids which have helped create, aid, abet and facilitate the opioid epidemic. These claims are based on the fact that distributors and manufacturers knowingly exaggerated the benefits of opioids, suppressed the extent of addictive risks of opioids and failed to monitor and report improper sales/distribution of opioids as required by the Federal Controlled Substances Act. This included promoting opioids for treatment of chronic pain patients despite the fact that opioids were originally intended primarily for treatment of terminal cancer patients. As a result of this abuse of the system by the manufacturers and distributors, by the year 2010 there were enough doses of opioids being prescribed in the U.S. each year to SUPPLY EACH PERSON IN THE UNITED STATES – MEN, WOMEN AND CHILDREN – WITH A 1 MONTH SUPPLY OF OPIOIDS! The federal government has to date levied over ONE-HALF BILLION DOLLARS worth of fines against these distributors and manufacturers for these activities, but this is a mere “drop in the bucket” compared to what these companies are making from the sale of opioids each year.

Our firm is partnering with some of the other top law firms in the country to help governmental entities – states, counties and cities – pursue recovery of the enormous public tax dollar costs placed on those entities in dealing with the opioid crisis. Call Lattof & Lattof today for a free consultation regarding your potential rights and to obtain more information. Remember that claims of this type usually have a certain time limitation within which you may take action, so it is important that you make the call as soon as you can so as to preserve your rights.