Drunk Driving in Alabama: The Law and Injury Victims’ Rights

The dangers associated with drunk driving are well known. State and national safety campaigns have shared important, alarming information, and law enforcement has employed a number of tactics to reduce the number of impaired drivers. However, the problem of drunk driving continues to be a pervasive threat in Alabama and across the country. In 2017, alcohol-related accidents accounted for nearly one-third of all road fatalities in the United States. The National Highway Traffic and Safety Administration (NHTSA) reports that 268 people were killed in drunk driving accidents in Alabama that same year. Despite best efforts, drivers and passengers are injured and killed on the road every day by drunk drivers, and when that happens, those responsible can be held accountable. 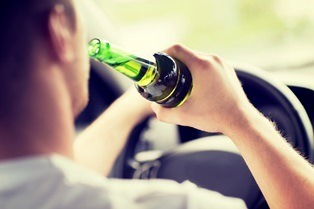 The state of Alabama recognizes the serious dangers of drunk driving, and state laws reflect this. Like most of the country, Alabama considers a driver impaired when his Blood Alcohol Content (BAC) level reaches .08 percent. Additionally, Alabama is an implied consent state, which means that by taking to the roads, drivers are agreeing to submit to a sobriety test if arrested while driving.

If a driver violates these laws, there are severe legal consequences. Those who are convicted of a DUI can face:

Personal Injury Claims Against a Drunk Driver in Alabama

In addition to legal consequences from local and state law enforcement, a drunk driver can also be held personally accountable for the injuries caused to others. Accident victims and their families may be able to pursue a personal injury claim against the impaired driver. These claims are meant to help the injured receive compensation, so they may obtain medical care and remain financially stable despite their injuries. Victims and their families can receive compensation for:

Knowing If the Other Driver Was Impaired

In some cases, it may be clear that the driver who caused an accident and injuries to others was impaired, but sometimes it may not be as apparent. Some key things to note after a crash include:

Additionally, the driver’s behavior behind the wheel before the crash can provide important evidence. Impaired drivers often:

If you suspect another driver has been drinking, make your concerns known to the police officer who responds to your accident as soon as possible. Law enforcement can gather evidence, speak to witnesses, and administer sobriety tests that can be entered into the official police record.

According to the Alabama Department of Transportation (ALDOT), more than 5,400 drivers who caused a crash were suspected of being under the influence of drugs or alcohol in 2017. Drunk drivers cause injuries and deaths on Alabama roads every day, and those careless drivers should be held responsible for the physical, financial, and emotional damage they cause. If you or someone you love suffered injuries in a crash caused by a drunk driver, you have rights that can be protected. At Lattof & Lattof, our legal team has helped secure care and compensation for victims of drunk driving accidents. We work hard to provide our clients both effective representation and compassionate attention. Call our Mobile office, or take a moment to fill out the contact form on this page to speak with a member of our team, and learn more about how we may be able to help.