Removable IVC Filters, manufactured by companies such as C.R. Bard Company and Cook Medical, have been the subject of massive litigation over the past few years. Currently there are some 9,000 or so IVC Filter cases pending in courts across the United States and many more are expected to be filed in the upcoming months.

A number of additional trials are scheduled for the upcoming year of 2019 and the results of these should prove interesting and informative as regards the future of the IVC Filter litigation and the prospects of settlement and resolution. 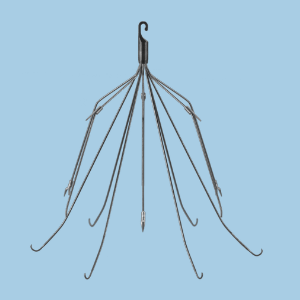 Beginning in the late 1990s, IVC Filters began being mass produced and marketed for helping prevent blood clots in persons who could not safely take blood thinners following surgery. The filters are tiny cage-like devices implanted in a patient’s vein – usually in the neck or groin area – and are designed to trap/catch blood clots before they travel to the person’s brain or lung or other area where they might cause problems, strokes or death.

Presently there are some 250,000 IVC Filters surgically implanted in patients in the United States each year.

While the idea of IVC Filters initially appeared as a great solution to a big problem (there are a tens of thousands of deaths each year due to blood clots), the evidence soon began to mount of the fact that IVC Filters, particularly the removable type, often cause more problems than they correct and in many cases, they actually create the specific problem that they were designed to prevent.

Incredibly, these are not isolated instances. Some studies have shown that in the case of Cook Medical IVC Filters, there is migration and movement out of place in as much as 40% of patients. Other studies suggest that there is fracture and breaking up of the C.R. Bard filters in some 25% of all cases. It is clear that the longer an IVC Filter remains in a patient, the greater the risk of complications from it.

In 2013, the American Medical Association published an article entitled “The IVC Filter – How Could A Medical Device Be So Well Accepted Without Any Evidence Of Efficacy?” which concluded that there was little to no evidence that removable IVC Filters are effective in reducing the danger of blood clots and wondered why they were still being so widely used by doctors.

If you or a loved one currently have an IVC Filter implant or have suffered complications which you believe may be related to an IVC Filter that has been removed, you may be entitled to compensation for any problems caused by the IVC Filter. For over 65 years, the attorneys at Lattof & Lattof, PC have been helping victims and families protect their rights and obtain fair compensation for suffering and injuries including those from defective medical devices such as the IVC Filter. We will work hard to obtain justice for you against those responsible. Contact us for a FREE CONSULTATION and we’ll be more than happy to discuss your case and advise you of your rights.