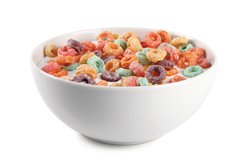 According to a new study, glyphosate, the main ingredient of the controversial weed killer Roundup, was found in a number of popular children’s breakfast cereals and food. The report published by the non-profit organization Environmental Working Group (EWG) revealed that traces of the herbicide could be found in 31 out of 45 products tested.

Foods tested in the independent EWG laboratories included popular brands of oatmeal, oat cereals, snack bars, and granola such as Cheerios, Quaker, Back to Nature, and Great Value. The majority of these products came with 160 parts per billion (ppb) or more of glyphosate – an unexpectedly high dose of an everything but harmless chemical.

Why Children Are More At Risk

In 2017, California’s Office of Environmental Health Hazard Assessment (OEHHA) set the quantity of glyphosate that an adult could ingest every day with no significant risk of cancer at 1.1 milligrams per day. For children, this limit has been set at a 10-fold lower level because of their lower weight and increased susceptibility to carcinogens. At a 160 ppb-level, to reach this limit, a child has to eat just a single 60-gram serving of cereal. And the situation is even more alarming, given the fact that 1-to-2-year-old children are those most at risk since they already ingest the glyphosate found in other dietary sources such as milk and other organic products.

Glyphosate could be kept out of crops, and some new technologies have been developed to reduce the risk of contamination. Despite the apparent dangers, Monsanto – the manufacturer of Roundup - continues to maintain that Roundup does not cause cancer, alleging that it has been safely used for 40 years. The WHO (World Health Organization) has a different opinion, however, and has classified glyphosate as a "probable carcinogen."

What’s even more important is that the storm of Roundup lawsuits that hit federal and state courts across the country recently reached a turning point. Monsanto was, in fact, pinned to the wall when a jury in San Francisco ordered the multinational corporation to pay $289 million in damages to a man who developed cancer after being exposed to the weed killer. It will be interesting to see how this affects future Roundup litigation, marketing and label warnings – especially in light of the fact that 2 months ago Bayer AG  (of Bayer Aspirin fame) purchased Monsanto for $66 billion and will soon remove the Monsanto name from the Roundup labels. The stock prices of Bayer AG took a huge hit when the $289 million Roundup verdict was announced and one can easily imagine that Bayer AG stockholders are not pleased with these developments.

Glyphosate Still Being Used In U.S. and Other Parts of the World

The EWG report makes it clear there are serious concerns that children – as well as the public in general - are consuming much more glyphosate than they know. To date, some 25 countries around the world, including Australia, most of Europe and a large portion of South America have issued outright BANS on the use of Roundup. Until the U.S. federal government decides to ban this substance – or until the stockholders of Bayer AG force the company to take action, the only way to protect the lives of American citizens is to raise awareness about its toxicity.